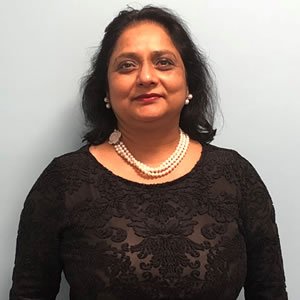 Their warning comes after HM Revenue & Customs (HMRC) revealed that last year more estates than ever were hit by IHT.

According to HMRC figures, an additional £5.4 billion was raised via IHT last year, despite recent changes to increase the tax threshold.

Salhan Accountants said that the average estate that was subject to IHT had a tax bill of £179,000 and it fears that many more Midlanders could be caught out – especially as house prices continue to rise in the region.

Dr Anjulika Salhan, Director at the Birmingham and Droitwich-based firm, said that since 2009 IHT receipts had been growing steadily, due to a freeze on the nil-rate band at £325,000.

“Since then the Government has introduced the residence nil-rate band, which from April next year will allow a married or civil partnered couple to effectively pass on up to a million pounds of their estate tax-free as long as their main property is transferred to direct descendants,” Anjulika explained.

“Despite this, house prices are increasing at such a rate in the Midlands that many families are now finding themselves caught with the regime again and so they must take action to prevent their beneficiaries receiving a significant tax bill in future.”

Anjulika said that families could do a lot to minimise or even eliminate an IHT tax bill, but she warned that planning was needed years in advance to ensure that families receive the maximum benefit.

She added: “Plans to change the rules surrounding IHT are already being discussed, including proposals to scrap it altogether, so this is an area that requires vigilance and quick action to make sure that an estate is properly prepared.”