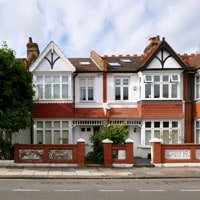 In the last year the buy-to-let sector has been hit by a number of new government measures aimed at increasing the Treasury’s tax take from the sector.

However, landlords may not be aware of the HM Revenue & Customs (HMRC) Let Property Campaign; a scheme that offers an amnesty to individuals who have failed to disclose income from residential rental in previous tax years.

HMRC has previously estimated that up to 1.5 million landlords in the UK may be underpaying tax. In response the Let Property Campaign was launched in 2013 and is aimed at residential property landlords who may owe tax, whether through misunderstanding the rules or deliberate evasion.

Under the amnesty, landlords will have the opportunity to come forward voluntarily to settle all historic liabilities (including any relevant interest or penalties) whilst benefiting from favourable terms, such as reduced penalty rates and immunity from criminal prosecution.

Those who fail to make a voluntary disclosure now could face more severe penalties at a later date.

A landlord’s first step should be to notify HMRC that they intend to make a disclosure. They must do this as soon as they become aware that they owe tax on their rental income by completing an online notification form or by calling the Let Property Campaign helpline.

As soon as HMRC receives a Disclosure Reference Number landlords can make the disclosure about their tax affairs. This must be done within three months of the date they receive the notification acknowledgement from HMRC.

It is important to disclose as much information as possible as HMRC will take this into account when deciding on penalty rates. It is also imperative that the details provided are accurate.

When a disclosure is sent to the taxpayer they must arrange to pay what they owe immediately. If they cannot pay the money at this stage, they will need to make payment arrangements with HMRC.

The scheme is open to:

However, it is not available to companies or trusts renting out residential property or to those who rent commercial property. So far no closing date for the Let Property Campaign has been confirmed by HMRC.