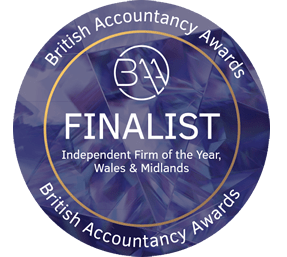 A Midlands-based accountancy firm has been named as a finalist at the British Accountancy Awards.

Professionals at Salhan Accountants, which has offices in Birmingham, are celebrating after the firm was shortlisted in the Independent Firm of the Year – Wales and Midlands England category.

The rigorous judging process for the award has already seen the firm make a detailed submission, setting out its professional expertise, key achievements and client service policies.

Salhan Accountants is one of just six firms to have made the shortlist in what is one of the highlights of the profession’s calendar.

Dr Anjulika Salhan, a Director at Salhan Accountants, said: “We put a great deal of emphasis on ensuring that all aspects of the services we deliver are as good as they possibly can be.

“Being named as a finalist at the British Accountancy Awards is a significant endorsement of what we have been doing as a firm and a great achievement for our team.

“We are now looking forward to finding out whether we will be named as the winner.”

The winners of the British Accountancy Awards will be announced at a glittering ceremony, hosted by comedian, Josh Widdicombe, in London on 26 September 2018.