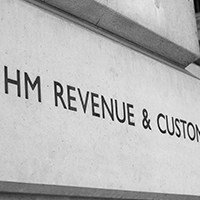 It was recently revealed that HM Revenue & Customs (HMRC) had launched 1,007 prosecutions against individuals for tax evasion offences last year.

With so many prosecutions being launched against individuals for the most serious offences, award-winning firm Salhan Accountants fear many more could be at risk of similar or lesser offences that could land them in trouble with the tax authorities.

In recent years, HMRC has enjoyed greater access to peoples’ financial data thanks to the increased information sharing between the Government and offshore banking institutions in places such as Bermuda and the Cayman Islands.

It has also enjoyed additional information provided under the Common Reporting Standard, which came into force from September 2018 and HMRC’s own Connect computer system.

The Common Reporting Standard, in particular, enables HMRC to access financial information from more jurisdictions than ever before – with countries such as Switzerland and the United Arab Emirates (UAE) due to sign up to the initiative later this year.

Dr Anjulika Salhan, a Director at Salhan Accountants, said that the work of tax evaders must be prosecuted as it was fundamentally wrong and illegal to undertake activities that amount to tax evasion.

However, she added that HMRC’s use of technologies meant that lesser offences, such as tax avoidance, were frequently in the limelight of the tax authority.

“We are seeing an increase in the number of tax investigations year-on-year as the Government attempts to reclaim more of what it feels is due using technology and new procedures,” she said.

“In many cases, HMRC may have a legitimate claim, but in others, simple errors or the supply of incorrect information can lead to costly investigations and unfair penalties against taxpayers.”

Salhan Accountants regularly represents clients in tax tribunals against claims by the tax authority for unpaid tax. It has said it is standing by individuals and businesses who are trying to arrange their affairs in a tax efficient manner.

Anjulika added: “There are a number of reliefs and exemptions available to taxpayers and it is only right that they make use of these in good faith.

“Where HMRC believes that they have used the established rules incorrectly we are happy to assist taxpayers during investigations to ensure that their arguments are put forward in the best possible way.”

She is calling on all businesses and individuals who receive a notification of a tax investigation to contact a specialist, such as Salhan Accountants, to seek help at the earliest opportunity.