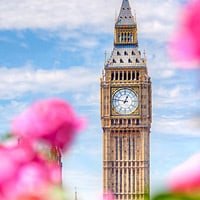 Instead of the doom and gloom of past Budget announcements, businesses have been rewarded with a reduction in Corporation Tax, a cut in business rates, a less complex tax system for the self-employed and new rates of commercial stamp duty.

The main rate of Corporation Tax will be reduced to 17 per cent in 2020 which will help more than one million businesses with their cash flow.

Small businesses that occupy property with a rateable value of £12,000 or less will pay no business rates with effect from April 2017. There will be a tapered rate of relief on properties worth up to £15,000. The move, which will benefit independent retailers and single site units, means that 600,000 businesses will pay no rates.

Capital Gains Tax rates will reduce from 28 per cent to 20 per cent for gains which fall in the higher rate band. The new rate will take effect from 6 April 2016 whilst the basic rate will also reduce from 18 per cent down to 10 per cent. However, residential property will still be taxed at current rates. Whilst Capital Gains Tax on residential property does not apply to the main home, additional properties will be penalised and will hit buy-to-let landlords.

However, less good news sees personal and business insurance costs set to rise with an additional half a per cent added which means Insurance Premium Tax will increase to 10 per cent. The Chancellor has also announced the introduction of Sugar Tax, with soft drinks companies having to pay a levy on drinks with added sugar from April 2018.

Although the Chancellor has claimed that this growth will be faster than any of the major development economies it is still a downward revision.  In a loosely veiled dig at Euro-sceptics, he stated these growth figures are predicated, based on the UK remaining in the European Union – a stance he supports.

Dr Anjulika Salhan, a Director at Birmingham-based accountants, Salhans, said: “Few could have correctly predicted the contents of this Budget. It is fair to say many are pleasantly surprised. I think many of us expected to see fuel duty increase and this would have put pressure on SMEs and individuals alike.

“Instead Mr Osborne appears to have given far more than he has taken and with one or two exceptions, there is very little negative news.”

However Anjulika also issued a word of caution saying: “As with all things, the devil is in the detail and in the coming days, as the fine print of the Spring Statement is pored over, we may discover that all is not quite as rosy as it currently appears.

“This has been a ‘give away’ Spring Budget but the treasury has to find the money from somewhere and we may well see a tougher autumn statement when the Chancellor might claw back revenue in order to balance his ledger.”