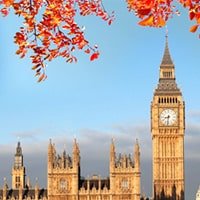 For the third time in 2015, the Chancellor of the Exchequer has taken to the despatch box to update the Commons and country as a whole on the state of the nation’s finances.

There was a lot of debate ahead of today’s Autumn Statement about the approach that George Osborne would take. Would cuts or compromise be the order of the day? And how many rabbits could be produced from the hat given the ongoing effort to eliminate the deficit?

Some expected the Chancellor to be emboldened by the fact that we’re still only six months into the new Parliament and that the Labour benches are still recovering from a tumultuous leadership contest.

In his opening statement, the Chancellor told MPs that no economy in the G7 had grown faster than Britain’s over the course of the past five years.

“This will be an economic recovery for all in all parts of the country. Our long-term economic plan is working,” he said.

The Chancellor said that five years ago, with the country still reeling from the financial crash, the job was to rescue the economy. Now he believed it was his priority to rebuild Britain.

Mr Osborne conceded that world growth forecasts had been revised, in part because of ongoing problems in the Eurozone. In the UK, the economy is expected to grow a little faster than originally predicted over the next two years, before slowing down somewhat towards the end of the decade.

Higher than expected tax revenues and lower interest payments on government debt had handed the Chancellor more flexibility than many analysts expected ahead of the speech.

The deficit is forecast to be 3.9 per cent of national income this year, with the first surplus expected in 2019-20.

In a boost for SMEs, the Chancellor confirmed that the small business rate relief scheme would be extended for another year. Around 600,000 firms are expected to benefit as a result.

The apprenticeship levy is expected to raise £3billion a year. This will be set at 0.5 per cent of the payroll bill, although the Chancellor has claimed that only two per cent of employers will be eligible to pay.

Pushing ahead with his plans to devolve greater spending powers to local authorities, Mr Osborne said that 26 new or extended enterprise zones were being created around the country.

As was previously announced at the Conservative Party Conference, the Government will be doing away with uniform business rates and devolving power to set the rates to local councils. The local authorities will soon also be able to keep this revenue, rather than having to hand over money for ministers to reallocate.

The Chancellor also said that the continuing economic recovery would facilitate the creation of “more than a million” extra jobs during the next five years.

There is, however, likely to be concern that the Department for Business budget is to be slashed by 17 per cent.

There was no mention of fuel duty in the speech, despite concerns beforehand that the Chancellor may be planning an increase.

There will be greater investment in infrastructure, with the Department for Transport’s capital spending to increase by 50 per cent to £61billion. Mr Osborne promised this would deliver the largest road investment programme since the 1970s.

A new, increased rate of stamp duty is to be introduced for buy-to-let and second homes. This will be three per cent higher than the normal rate and takes effect from April next year. The Chancellor said this will raise £1billion by 2021, although there are concerns it will have a significant impact on the buy-to-let sector.

Following intense criticism, some of which came from his own MPs, Mr Osborne announced that plans to cut tax credits by £4.4billion would be scrapped altogether. The Chancellor said he had listened to people’s concerns and would be abandoning the policy. He said the change in tack had been made possible by an improvement in public finances.

The climb-down means that the welfare cap will be breached in the early years of this Parliament, but Mr Osborne is confident that it will be met before the next General Election.

The Welsh Assembly is to be handed powers to set its own rates of income tax without the need for a national referendum.

There was good news for pensioners, with the Chancellor’s announcement that the basic state pension will rise by £3.35 a week next year – hailed as the biggest real terms increase in half a century. This will mean a basic rate of £119.30 a week.

There will also be a new single-tier pension payment of £155.65 for new pensioners starting next year.

The Chancellor said that the NHS was a priority for the Government and that spending on the health service would be increased in England.

In total, funding will rise from £101billion this year to £120billion by 2020-21. There will also be an extra £600million investment in mental health services and councils will be able to impose a two per cent council tax precept to pay for social care.

The Chancellor announced that school funding would get a “real terms” increase of £10billion and that both free school meals and the pupil premium will be maintained.

As part of an ongoing initiative to end local authority control, sixth form colleges will be able to become academies, meaning they will no longer have to pay VAT.

There will also be a shake-up of school funding arrangements, with a new system set to be implemented by the Education Secretary in 2017.

Mr Osborne pledged to tackle tax avoidance and announced that the Government would work to create one of the most “digitally advanced” tax systems on the planet.

By the end of this Parliament, everyone in the UK will have digital tax accounts. The reduction in administration costs form part of £1.9billion savings for HMRC.

The OBR figures handed Mr Osborne around £27billion wriggle room and he moved to depict the Government as “the guardians of economic security.”

He used the room for manoeuvre to ditch his controversial cuts to tax credits and protect police budgets, perhaps hoping to neutralise his opponents’ main lines of attack.

For employers there were not too many surprises, with many of the proposals, such as those concerning business rates and enterprise zones, having already been trailed earlier this year.

Pensioners and low-earners will be among the main beneficiaries of the measures announced, but the news about a new rate of stamp duty is likely to be a big blow for buy-to-let landlords.